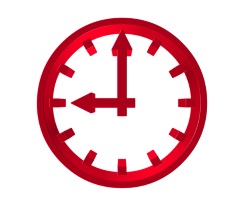 Slovenia is in the same time zone as Germany, Austria and Switzerland. The changeover from summer time and winter time is also on the same day. So the time in Slovenia is always the same as in Germany. 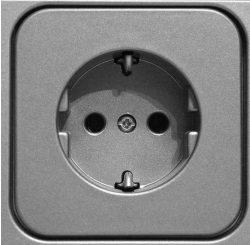 In Slovenia, identical sockets are used as in many countries (so-called type F sockets). So you don’t need an adapter. The voltage (220 volts) is also the same.

In Slovenia, the metric system is used, just like here. So all important indications are in the same units as here, for example kilograms, metres or kilometres. You don’t even have to convert money, as the currency in Slovenia is the euro.

Many of these tickets are available on the well-known German website Getyourguide.de.

If there are public toilets in Slovenia, they are usually clean and usable. Quite often they are even free of charge. Unfortunately, there are not too many public toilets. You can often find a toilet at railway stations, bus stations and shopping centres. Otherwise, public toilets are also common at larger beaches within towns. The existence of toilets varies greatly from region to region. In the very touristy Piran, for example, we did not find a public toilet, neither at the bus station nor in the city.

On the train in Slovenia there is practically always a WC. Buses in Slovenia usually don’t have a toilet, not even long-distance buses. Some buses travelling abroad are an exception.

If the toilets charge a fee, it is rarely more than 50 cents. Most signs in Slovenia say WC internationally, even though “public toilet” translates as “javna stranišča” in Slovenian.

The post office is still an important institution in many towns in Slovenia. In smaller towns it is not uncommon for it to be a large, conspicuous building in the town centre. In larger towns there are several post offices, usually open until 6pm (opening hours on Saturday until about 12pm, closed on Sunday and public holidays). Many staff at post office counters in Slovenia speak English, rarely German. A post office bank is attached to the Slovenian post office.

The flag of the small country in its present form has only existed since 1994. Like the flag of Germany, the flag of Slovenia consists of three horizontal stripes of equal size. From top to bottom, the colours are white, blue and red. 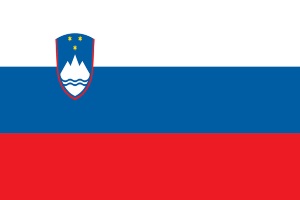 These three colours symbolise the affiliation to the Slavic peoples. If it were not for an additional symbol (shield) in the upper left quarter of the flag of Slovenia, the flag would be identical to the flag of Russia.

In the shield with the blue background there are three symbols, one from each of the three historical regions of Slovenia. The three peaks of Triglav, the highest mountain in Slovenia, in the north of the country are striking. The two waves at the bottom represent the coast of Slovenia. The three yellow stars at the top come from an old flag from Celje (formerly German Cilli) in the south of Slovenia.

In Yugoslavia, tipping was little known. In recent years, a small tip, especially in restaurants with many foreign tourists, is more common in Slovenia. If you behave in much the same way as you would in Germany, for example rounding off, you won’t make a mistake. A tip of more than 10 per cent is rare in Slovenia. As in Germany, you tip mainly in pubs, restaurants and taxis. Of course, the city guide, the bus driver of an excursion bus or a hairdresser are also happy to receive a small gift in Slovenia.