It is not unusual for tourists to have difficulties with the different names for towns, countries or rivers in Slovenia. The names of places in Slovenian, German and other languages are sometimes very different.

The place names in the Slovenian language have become more and more accepted in recent decades. The old German names are rarely used nowadays, but some are still used in Austria.

A good example is the capital Ljubljana. The old German-language city name “Laibach” is hardly ever heard in Germany. In Austria, the capital of Slovenia is still much more frequently referred to as Ljubljana, even on the news on Austrian television. This also applies to some other place names in Slovenia.

The Slovenian language in the country is called “slovenščina”, in English “Slovenian” or formally “Slovene language”. 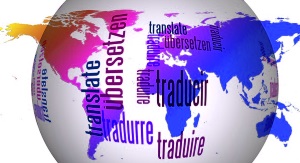 The capital Ljubljana (Slovenian) was called “Laibach” in German, especially in the past. In English, the capital is called “Ljubljana”, as in Slovenia, and in Italian “Lubiana”. In Roman times, the former settlement was called “Emona”.

The second largest city, Maribor, was called “Marburg an der Drau” in German. This is still heard today, especially in Austria. “Marburgum” was the name of the place a very long time ago, when Latin was still spoken in Europe.

The largest city by the sea, Koper, was called “Gafers” in German. Much more often, one still hears the beautiful Italian city name “Capodistria”, translated roughly as “capital of Istria”.

Postojna is the town with the famous cave “Postojnska jama”. The German name was Adelsberg. So the currently most important sight in Slovenia was called “Adelsberg Grotto” or “Adelsberg Cave”. Today you can also simply say “Postojna Cave” in German.

Piran, the town with the famous old town by the sea and a focus of tourism on the Adriatic, was called Pirian in German. Today the place is officially bilingual, in Italian they call the beautiful town “Pirano”.

The neighbouring town of Portorož is called “Portorose” in Italian. Translated, this means “port of roses”. This is also the old German name of Portoroz.

The last of the four important tourist towns on the Slovenian Mediterranean is Izola. This place used to be spelled “Isola” in German and still is in Italian.

The white-water resort of Bovec was called Flitsch in German and Plezzo in Italian.

Other important cities in Slovenia have the following German names:

The longest and largest river in Slovenia is the Sava. It rises in the Slovenian Alps and flows into the Danube near Belgrade in Serbia after almost 1000 kilometres. In German, the river was called “Sau”, which probably had nothing to do with a female pig. In some other Slavic languages of the Balkans, one also says “Sava” instead of “Save”.

The Soča is the most important river for tourism in Slovenia. The Soča valley is visited mainly for its magnificent scenery and by white-water sports enthusiasts. In German, the river used to be called “Sontig”. The Soča flows into the Mediterranean Sea in Italy, in the Gulf of Trieste. There, the Soča is called something completely different: “Isonzo”.

The Drava, the large river in the east of Slovenia, is called “Drava” in German. It originates in South Tyrol and flows through Austria, Slovenia and Hungary. Finally, the water of the Drava reaches the Danube (Slovenian: Donava) in Croatia near Osijek.

A Dubai desert tour is a great experience.

Triglav National Park, the only national park in Slovenia, is called “Triglavski narodni park” in the country.

Germany is called “Nemčija” in Slovenian.

Austria is called “Avstrija” in the neighbouring country to the south.

The big neighbour to the west, Italy, is simply called “Italija”.

The former Yugoslavia was “Jugoslavija”.

Two more hints, for example for train travellers: Vienna is “Dunaj” in Slovenia and Munich is “Monakovo”.