Slovenia is geographically very diverse. Although the country is a maximum of 200 km long in an east-west direction and 100 km wide in a north-south direction, the climate varies greatly within Slovenia.

Climate and travel time on the Adriatic: The Slovenian coast is the warmest area of the country. A typical Mediterranean climate prevails here. Winters are mild and humid, summers hot and dry. However, Slovenia is very far north on the Mediterranean. The summers are therefore shorter and the winters colder than, for example, at the sea in Spain or Greece.

You can usually swim in the sea in Slovenia from June to the beginning of October. From mid-May to mid-October, daytime temperatures are usually above 20 degrees, and in midsummer temperatures above 30 degrees are very common. In winter (December to February) the average temperature is 10 degrees. Frost is possible, but not the rule, especially in the near future. Snow occurs on the Mediterranean coast of Slovenia, but is rare. 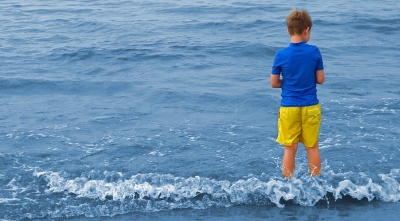 The best time for a holiday by the sea in Slovenia is from around June to September. Then you usually have good bathing weather. The water in the Adriatic Sea is warm enough for swimming. The most popular seaside resort in Slovenia is Portorož. For people who don’t like extreme heat, the months of June and September are the ideal time to travel. Then the Slovenian coast is also not as crowded as in the holiday months of July and August. Hotels are much more expensive in the high season. So if you can, come in June or September. 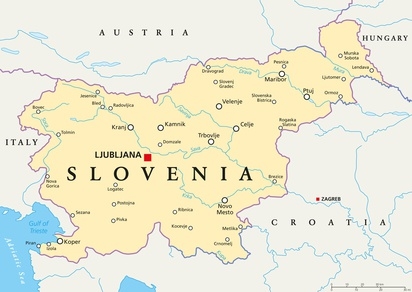 Climate and travel time City breaks Ljubljana and Maribor: In the two big cities in Slovenia, the climate is about the same as in Germany. Winters are as cold as in Munich and Berlin. Thus, it is somewhat colder and snowier than, for example, in winter-mild NRW. Summers in Ljubljana and especially Maribor are 2-3 degrees warmer than in Germany. The climate for a city trip is therefore a little too hot in summer, and cold and snow could cause difficulties in winter. In our opinion, the ideal time to travel to Ljubljana and Maribor is therefore May, June, September and October.

Climate and travel time Slovenian Alps: The climate in the Alps is a typical Alpine mountain climate. Temperatures depend not only on the season, but also on the altitude. Skiing at higher altitudes is usually possible from December to April. Slovenia is also experiencing climate change and winters are getting warmer. Skiing down to the valley is only partially possible even in the coldest months of January and February.

If you want to go kayaking in the mountain rivers, you should come in high summer if possible. The water in the mountains is still cold then, but warmer than in the rest of the year.

Climatic features Slovenia: One rule is: the east of the country is warmer in summer and colder in winter than the west of Slovenia. This can be as much as 2-3 degrees at the same altitude. In certain regions of Slovenia, such as in the Karst, there is sometimes a very cold and very strong wind called bora. The bora wind can reach over 200 km/h. You should definitely avoid the bora regions when such winds are forecast. These winds are more frequent in winter and blow longer, but there are also strong air movements in summer.